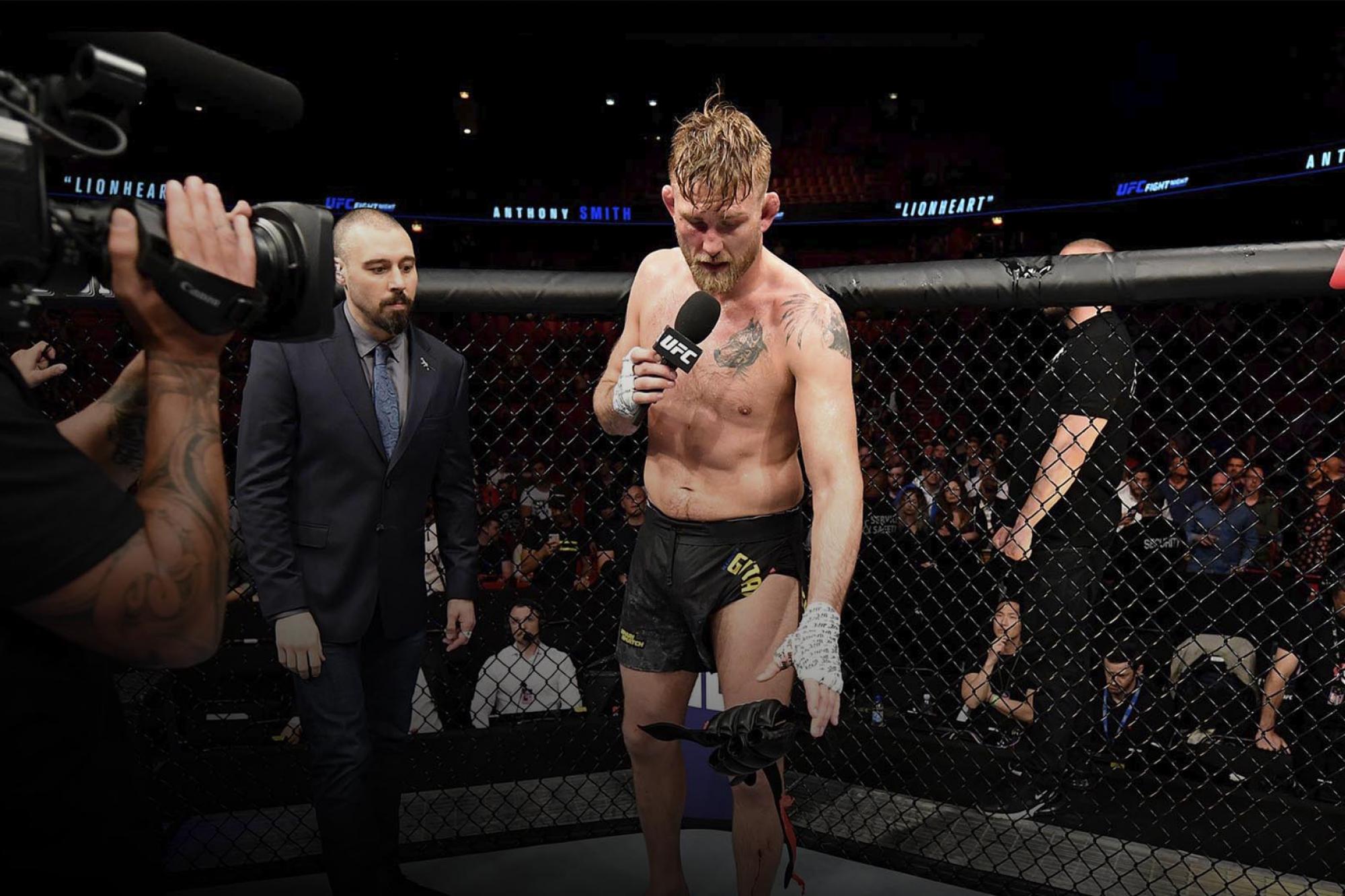 Simply put, you knew exactly how he was feeling at any given moment, and that honesty of emotion was one of his best qualities.

I’ll never forget talking to him after a torn meniscus scrapped the first try at a rematch with Jon Jones in 2014, and the disappointment traveled clearly through the phone lines from Stockholm to New York City. His face after his defeats, especially the razor-close ones to Jones and Daniel Cormier, showed how much he cared about the sport, and even when quoted about his retirement following his loss to Anthony Smith earlier this month, he was as blunt and honest as any fighter has ever been when walking away from the sport.

“I fight because I love this sport, because I want to be the best and compete against the best,” he said. “It feels like I don’t have it anymore. I have done it for a long time. I’m 32 years old, I have kids, built the life that I wanted thanks to this sport. It feels like I’m getting old. We all have to realize that it’s the end of the story. I never did this for the money or anything like that… I did it because I want to be the best and if I can’t be the best then it is what it is. Now, I’ll focus on my kids, I own a gym and have a couple of other projects going on… Let’s see what’s next. I built the life that I wanted, so let’s see what is the next chapter.”

Gustafsson could have stuck around for a few more fights, maybe even making a run at another title shot. He was only down 29-28 on all three scorecards to Smith when he was submitted in round four, and when you consider that the only losses on his 18-6 record came against Jones (twice), Cormier, Anthony Johnson, Phil Davis and Smith, it’s clear that Gustafsson wasn’t losing to lesser competition on a regular basis.

But only a fighter knows when he’s had enough. And most ignore such information. But Gustafsson, at 32, made the best decision for himself and his family. He walked away, and with that decision, he left behind a mark that fighters from Sweden and elsewhere will always remember.

Think about it; when Gustafsson made his UFC debut in 2009 with a 41-second knockout of Jared Hamman that lifted his pro record to 9-0, Sweden wasn’t producing UFC fighters at the rate it has over the last several years.

Lightweight Per Eklund was the first from the Nordic nation to enter the Octagon in 2008, but a year after his debut, he was out of the UFC with a 1-2 record. Then came “The Mauler,” and after halting Hamman, he expected to run the table at 205 pounds.

“I didn’t really know what to expect,” Gustafsson told me before his 2012 win over Mauricio “Shogun” Rua. “I just knew the big stars were fighting for the UFC. And then I had my first fight and I knocked the guy out in 41 seconds and I was like, ‘Whoa, this is easy. I’m just gonna do this now.’”

Gustafsson got a rude awakening five months later from Davis, who would go on to become a friend and training partner, but the Arboga native wouldn’t lose again for over three years, going 6-0 to earn a shot at Jones’ UFC title in the main event of UFC 165 in September 2013. Yet what was expected to be another big win for Jones instead turned into one of the best title fights in UFC history. Jones got the win, but just barely, as Gustafsson pushed the champion to the limit for five rounds.

That loss may have done more for Gustafsson than any of his previous wins, as it cemented his place as an elite light heavyweight. Two years later, he got another shot at the belt, though this time it was Cormier holding the championship, and again, Gustafsson came perilously close to bringing Sweden its first UFC title before losing a split decision in another instant classic.

Both defeats were heartbreaking, and Gustafsson didn’t hide how much they hurt, even if he did try to put on a brave face. Yet getting so close only spurred him on, because he knew a break one way or another may have garnered him that gold belt. And along the way, a byproduct of his success and notoriety was opening doors for his peers at home.

Currently, seven UFC fighters have Swedish roots or call the nation home, and even more trained with Gustafsson at the Allstars Training Center in Stockholm. He made a mark, and he did it while keeping an eye on setting an example outside the Octagon as well as inside it.

“That’s something we all need to think about as high-level competing athletes,” he said in 2015. “We need to behave and be role models for the younger kids and the younger talents that are on the way up. We all have that responsibility.”

So it was no surprise that when the UFC went to Sweden for six events, Gustafsson headlined four of them (five if you count the 2013 event where he was forced out of a bout with Gegard Mousasi due to a cut suffered in sparring), doing booming business each step of the way. But none of this got to him.

“People notice me over there, but it’s not like I’m a rock star or anything,” Gustafsson said before his 2015 bout with Johnson, which was fought in front of 30,000 people at the Tele2 Arena. “It’s more laid back (in Sweden). People let you have your privacy and they let you be. Of course, sometimes they come up to you and want an autograph or a photograph, but that’s not a hassle for me. It’s something I enjoy and I always enjoy meeting fans, so it’s not a problem at all in Sweden.”

Well, for someone celebrated for his honesty as a fighter and a man over the course of a nearly 12-year career, it’s time to give him some back, because unlike what he thinks, he was a rock star in the UFC. So take a bow, Mauler.