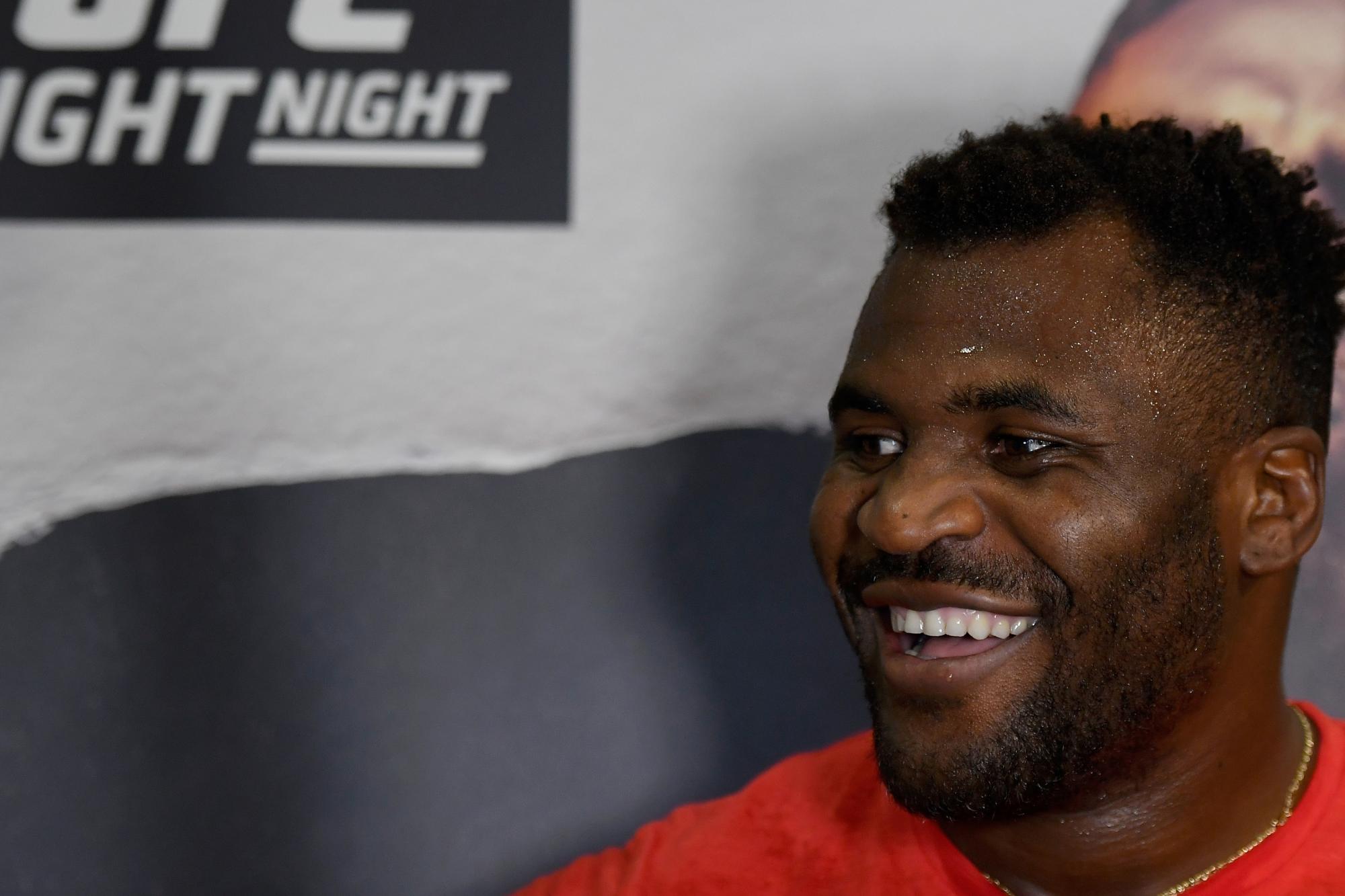 “We’ve been waiting for that for a very long time and we are all happy for the news,” said Ngannou who moved from his native Cameroon to Paris at the age of 26. “I can’t wait until 2020 to see how things go. France means a lot to me MMA wise. I honestly believe that I belong to the MMA community in France. That’s where I discovered MMA, that’s where I started to train and that’s where my MMA career and everything started.”

Ngannou fought his first four pro fights in France, winning three of them. Two wins later and he was in the UFC, and even then, it was clear that while Ngannou was still a raw talent, he had some gifts you can’t teach. And he knew about that power long before he put gloves on his fists.

“Somehow I always knew it,” he said. “Even when I was a kid, everything that I tried to do with other kids was exaggerated. I found out that I was strong because when I would lock something, nobody could open it, and stuff like that. There were a lot of things like that happening that made me realize it, and the power effect was something that I liked.”

That power covered up any technical shortcomings that would eventually be addressed, and after tearing through his first five UFC foes, earning four knockouts and one submission in the process, he was set to face Dos Santos in September 2017.

That fight didn’t happen, and the two went their separate ways. Dos Santos dealt with a suspension that was later overturned due to a tainted supplement, ultimately winning three in a row over Blagoy Ivanov, Tai Tuivasa and Derrick Lewis. As for Ngannou, his next fight after the JDS fight was cancelled saw him knock out Alistair Overeem in less than two minutes. A title fight in January 2018 against Stipe Miocic was next, and Ngannou found out that there were some things he wasn’t ready for in the Octagon. Yet despite losing a lopsided decision, he felt until the final horn that he had something to even the score.

It was that old reliable.

“It’s a good thing to know and it helps you to keep up,” Ngannou said of his power. “Even when I fought Stipe, after the first round I was exhausted and, to be honest, there was nothing left because for that fight I was badly prepared. But in my mind, I knew that I just had to land and if I caught him I was still able to knock him out. And that’s what kept me going.”

Ngannou took a hit in the public eye with the loss, and it only got worse in a listless return against Lewis.

A lot stuck by him, though, and in his last two fights with Curtis Blaydes and Cain Velasquez, the old “Predator” was back, as he ended both bouts in a combined 71 seconds. Now he’s in Minneapolis, two years after the original matchup with Dos Santos was made. And the 32-year-old promises that this version of himself is a lot different than the 2017 one.

“It’s been two years and I’ve been through a lot of aspects that I hadn’t been through before,” Ngannou said. “Now, I know how to handle things more and how to handle this level of fighting. I know more about the fighter’s life and how to be a fighter and how to compete on a high level, which is something that I’ve never been though because I hadn’t competed in my whole life until a few years ago. I didn’t have the time to build a huge career and I needed to experience that. I had to learn it at this level and now I think I have learned a lot from the past two years.”