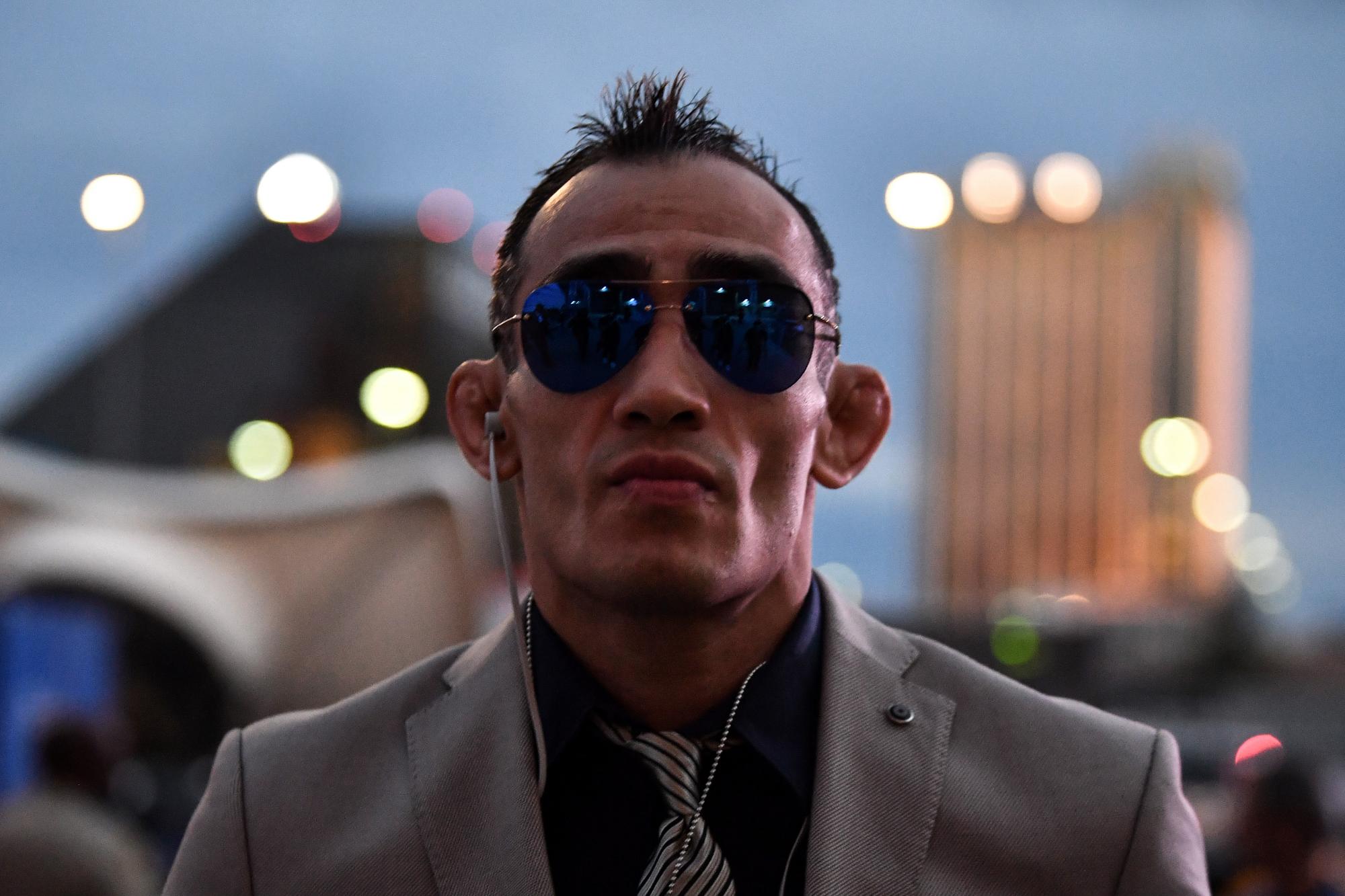 A new bantamweight champion will be crowned in the UFC 238 main event, as flyweight king Henry Cejudo moves up to 135 pounds to challenge Marlon Moraes, who comes into the fight off four wins in a row, including two knockouts and a submission along the way. Moraes has only suffered one loss in the past seven years and that came in a split decision that he later avenged with a first-round guillotine choke finish over Raphael Assuncao in February. Moraes is a dynamic and powerful striker with some of the fastest combinations in the entire division. Combine that with his blistering knockout power and Moraes is a lot to handle for anybody willing to stand and trade with him. Cejudo has certainly shown a willingness to do just that with past opponents, including his last win, where he dispatched former bantamweight champion TJ Dillashaw in just 32 seconds with a first-round knockout in January. Cejudo also happens to be an Olympic gold medalist in wrestling, so he’s always got that weapon in his back pocket as well. There may not be a more evenly matched fight in the UFC in 2019 as Moraes and Cejudo prepare to throw down with bantamweight gold on the line.

UFC 238 Is This Saturday! Click here to Order All the Action From Chicago

The UFC 238 co-main event will pit reigning women’s flyweight champion Valentina Shevchenko in her first title defense against veteran contender Jessica Eye. Shevchenko claimed the title last year with a dominant showcase against former women’s strawweight champion Joanna Jedrzejczyk over five rounds. Shevchenko was a force to be reckoned with at bantamweight with marquee wins over Holly Holm and Julianna Pena, but now that she’s competing at a more natural 125 pounds, she looks unstoppable. The same could be said for Eye, who had some great moments competing as an undersized bantamweight, but now that she’s back at flyweight, the Ohio native has looked better than ever. Eye has rattled off three straight wins in the division to earn this opportunity and she will look to claim UFC gold for the first time in her career when she clashes with Shevchenko on Saturday night in Chicago.

The next contender for the lightweight title could be determined in this showdown between former interim champion Tony Ferguson and Donald “Cowboy” Cerrone. With an incredible 11-fight win streak on his side, Ferguson has proven to be one of the best 155-pound fighters the UFC has ever produced. Ferguson’s current win streak includes victories against a pair of former lightweight champions in Anthony Pettis and Rafael Dos Anjos. He also earned finishes against Edson Barboza and Kevin Lee while earning his place at the top of the rankings. As for “Cowboy,” the former title challenger has found new life after returning to the lightweight division following a brief stint at welterweight. Since the birth of his son, Cerrone has been more determined than ever to capture UFC gold to cement his legacy as one of the greatest fighters to ever compete inside the Octagon. With back-to-back wins over Al Iaquinta and Alexander Hernandez, Cerrone has put himself into a position to potentially challenge for the title once again, but he’s got a daunting task ahead of him because he has to stop Ferguson’s win streak to get there.

Russian bruiser Petr Yan has quickly earned a reputation as one of the best prospects the bantamweight division has produced in several years, but to make his way up the rankings he’s going to have to go through Jimmie Rivera at UFC 238. Rivera has been a stalwart of the 135-pound rankings since first arriving in the UFC in 2015. With high profile wins over Urijah Faber, Pedro Munhoz and John Dodson, Rivera has proven he belongs amongst the elite fighters in the bantamweight division. That makes him the perfect test for a hungry up and comer like Yan, who has looked incredibly dominant in every performance he’s had in the UFC. Yan is currently 4-0 in the UFC, with each victory more impressive than the last. Yan could be a future challenger for the title, but Rivera stands as a major roadblock in his path to get to those top five fighters in the world at 135 pounds.

Heavyweights will clash at UFC 238 as Australian slugger Tai Tuivasa faces off with Blagoy Ivanov in the opening bout on the main card. Tuivasa has quickly become a fan favorite with his powerful knockouts and boisterous demeanor before and after his performances. The former rugby player was undefeated through his first 10 professional fights but he finally ran into a brick wall in his last bout as he fell to former heavyweight champion Junior Dos Santos. Now Tuivasa looks to get back on track while facing off with Ivanov, who had a strong showing in his last fight against Ben Rothwell. With a 6-1 record over his past seven fights with his only loss coming to dos Santos as well, Ivanov has been a welcome addition to the heavyweight division, but he will definitely have to put on his best performance to date if he wants to get past Tuivasa.

As new strawweight champion Jessica Andrade awaits her first title defense, former Ultimate Fighter winner Tatiana Suarez and Nina Ansaroff might just determine her next opponent when they meet in the featured prelim from Chicago. A former Olympic hopeful in wrestling, Suarez has gained quite a reputation since debuting in the UFC as she has completely mauled her competition since winning the reality show en route to a perfect 8-0 record. Her most recent win came with a TKO against former strawweight champion Carla Esparza and now she stands on the precipice of a title shot with one more win. Meanwhile, Ansaroff has looked better than ever while amassing a four-fight win streak that includes a signature win over former title challenger Claudia Gadelha in her last fight. Ansaroff might be an underdog in this matchup but she’s faced long odds plenty of times before and somehow found a way to come out on top. She will have to do that again if she hopes to stop Suarez from adding another win to her undefeated resume this weekend.

With the bantamweight title up for grabs at UFC238, Aljamain Sterling and Pedro Munhoz meet in a fight that may determine the challenger to the winner of the main event. Sterling has transitioned nicely from prospect to contender in his most recent fights while earning three wins in a row, including a stunning submission victory against Cody Stamman last September. He will have to be at the top of his game to slow down Munhoz, who has really put the division on notice lately. Munhoz has won three consecutive fights, including back-to-back knockouts against former champion Cody Garbrandt and Bryan Caraway. With the victor possibly staring at a title shot there’s little doubt that Sterling and Munhoz are going to leave everything in the Octagon when they clash in this highly anticipated showdown.

Former strawweight title challenger Karolina Kowalkiewicz has faced some struggles lately with a 2-2 record in her past four fights, including back-to-back losses to Jessica Andrade and Michelle Waterson. To get back in the win column, the Polish striker will have to stop Alexa Grasso, who has long been hailed as a top prospect at 115 pounds. Grasso came into the UFC with a ton of hype behind her, but she has faced her own adversity with losses in two of her past three fights. In a constantly growing strawweight class, Kowalkiewicz and Grasso have to know that a win here is paramount in order to stay a threat to the top 10 fighters in the division.

Coming off a TKO win in his last fight against Darren Elkins this past November, Ricardo Lamas is looking to climb his way back up the featherweight rankings as he prepares to face Calvin Kattar in a hometown fight in Chicago. Lamas has faced the best of the best at 145 pounds, including battles against reigning champion Max Holloway and former champion Jose Aldo, as well as wins over Charles Oliveira and Diego Sanchez. As for Kattar, the Massachusetts native has constantly been a threat to work his way into the rankings with a 3-1 mark thus far in his UFC career, including a pair of TKO victories. In his last fight, Kattar finished Chris Fishgold in the opening round and adding a veteran like Lamas to his record would definitely be his biggest win to date.

Chinese prospect Yan Xiaonan will look to improve upon her first three wins in the UFC when she faces former Ultimate Fighter competitor Angela Hill. Since arriving in the UFC in 2017, Yan has continued to improve with every performance, but she will face her toughest test to date this weekend. Hill is a proven threat to anybody in the strawweight division, and coming off a victory over Jodie Esquibel back in April, she would love nothing more than to stop Yan’s win streak and start one of her own.

Contender Series veteran Bevon Lewis will look to bounce back from a stunning knockout loss in his UFC debut as he faces off with Darren Stewart in a potential show stealer at middleweight. Lewis is a nasty knockout artist with a creative arsenal at his disposal, but he got caught in his debut while facing veteran Uriah Hall last December. Now Lewis hopes to earn his first UFC win while taking on Stewart, who earned back-to-back knockouts before falling short in a very close split decision in his last outing. With both fighters known for jaw dropping finishes, don’t blink when these two start swinging leather in this early prelim.

Making the short trip from Indiana, veteran bantamweight Eddie Wineland will certainly have the home crowd on his side when he faces Russian newcomer Grigorii Popov. At 35, Popov will need to make an impression sooner rather than later in the Octagon, and there’s no better way to do that than by defeating the first man to hold the WEC bantamweight crown.

With the strawweight title on the line in the co-main event, Katlyn Chookagian and Joanne Calderwood will look to make a big impression when they clash on the undercard. Chookagian could have been fighting for the title if not for a razor close split decision loss to Jessica Eye in her last fight. Chookagian has to know a win here gets her right back into contention, but she’s got a tough road to travel to get there. Calderwood was actually the first woman to get a win at 125 pounds in the UFC back in 2016, and since returning to flyweight, the Scottish striker has rattled off two straight wins in the division. Calderwood has been itching for a top five-ranked opponent and now she gets her wish as she faces Chookagian in an important bout in the women’s flyweight division. 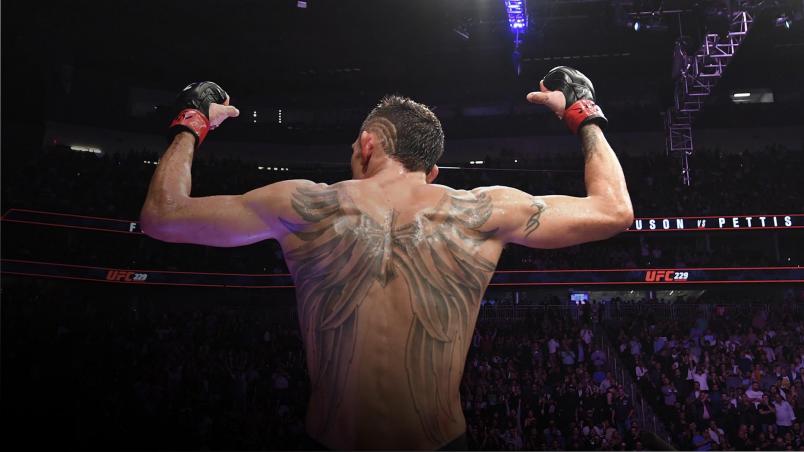