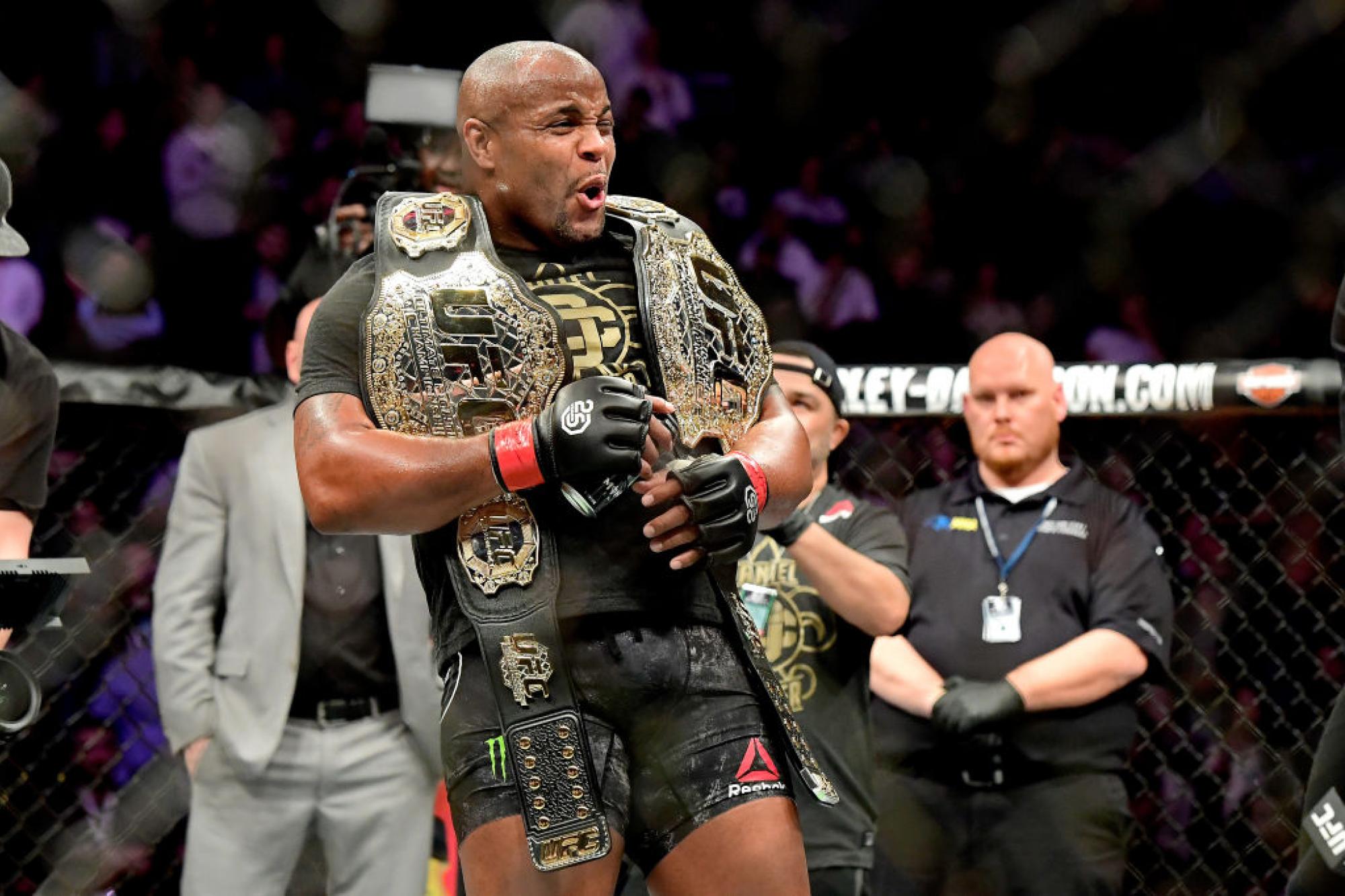 1 - Daniel Cormier
Yes, it was short notice. Yes, he was expected to win. But if there was ever a live underdog on a prizefight, it was Derrick Lewis. So the pressure was on Daniel Cormier in Saturday's main event and, as usual, DC delivered. It was the perfect prelude to what is expected to be Cormier's swan song by his 40th birthday next year, and if anyone has earned the right to go out on top, it's the champ-champ.

2 - Jacare Souza
Despite reigning as the Strikeforce middleweight champion and being among the best middleweights in the UFC, Ronaldo "Jacare" Souza had an unfortunate footnote to his Octagon career as being unable to win the big one, the fight that would put him in line for 185-pound gold. Take that footnote away after Saturday night after he finished former champion Chris Weidman in the third round of their Fight of the Night co-main event. It may be the last hurdle to put Jacare in position to finally challenge for the crown. And he earned it.

3 - Israel Adesanya
You either have star power or you don't. Israel Adesanya has it and we've seen that ever since his UFC debut in February. But could he pass all the tests necessary to be a significant title threat? Four fights in and with a stellar knockout of Derek Brunson in MSG, that answer is yes. Adesanya is a special fighter, and while Cormier has locked up Fighter of the Year honors for 2019 in my eyes, with a 4-0 record this year, "The Last Stylebender" is certainly a top five pick.

4 - Jared Cannonier
Since his UFC career began, Jared Cannonier has been a fighter without a home. Heavyweight, light heavyweight, and now middleweight, there has never been a perfect fit. But after finishing veteran contender David Branch, "Tha Killa Gorilla" may have found that fit. And at 185 pounds, there are a ton of intriguing matchups for him, so business has just picked up.

5 - Shane Burgos
I'm supposed to be objective, but I am a fan of Shane Burgos, and not just because we're both New Yorkers. No, Burgos is on my favorites list because his competitive nature is second to none. This is the same guy who considered his win over Charles Rosa to be a loss because he got taken down. So when he actually did lose to Calvin Kattar, it ate at him. Until Saturday, when he pulled off a thrilling submission of Kurt Holobaugh. Then again, Burgos did get dropped before the finish, so expect him to not be fully satisfied. And that's an attitude that will take him a long way in this game.