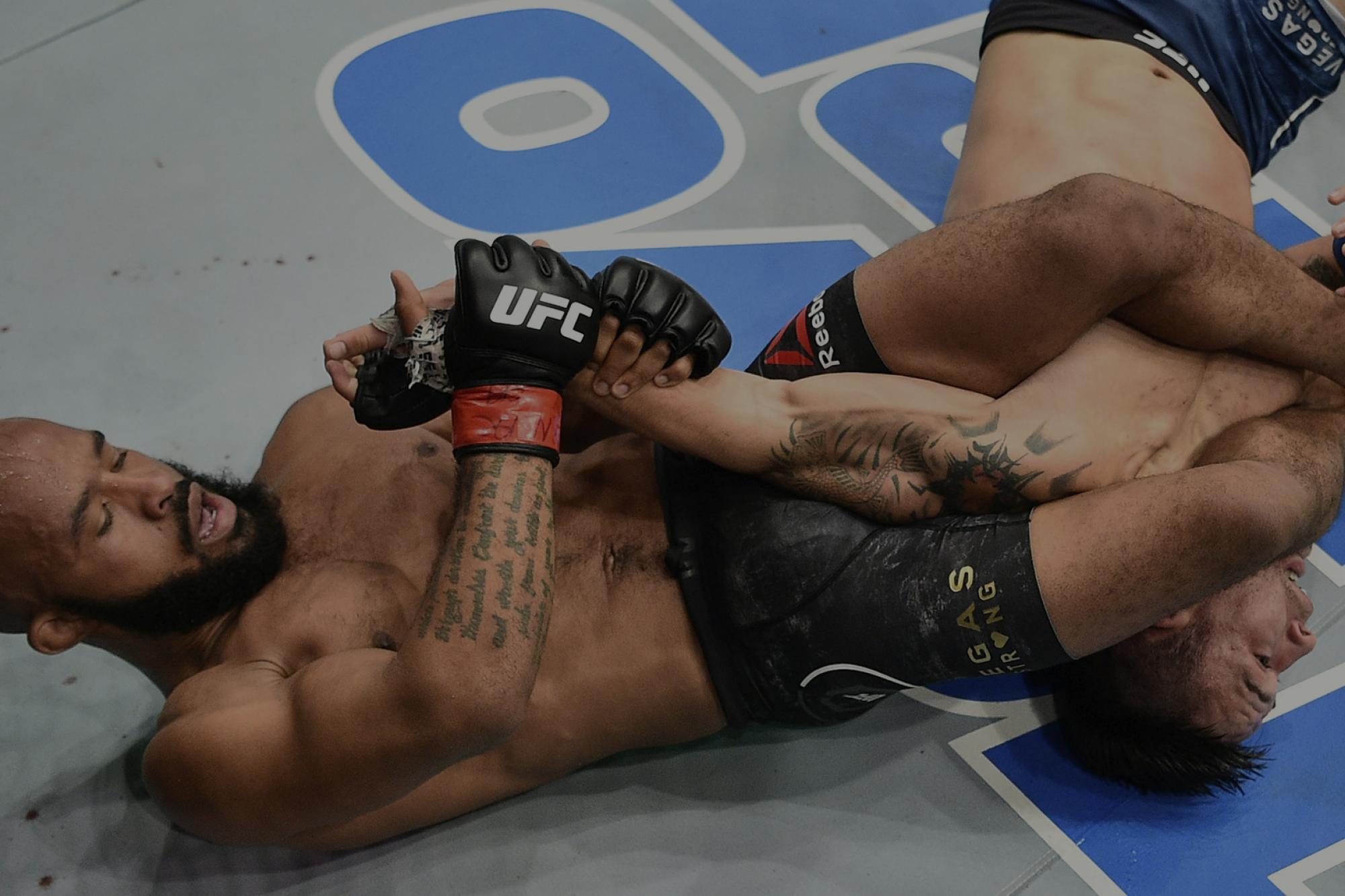 Celebrate the UFC's 25th Anniversary with the greatest submissions in the history of the Octagon.

Before Chan Sung Jung’s rematch with Leonard Garcia, you might have assumed that the fight game of “The Korean Zombie” started and finished with his ability to brawl. Maybe Garcia, who defeated Jung in their classic 2010 bout, figured the same thing. He might have even thought that he was safe as the seconds wound down in round two in Louisville in 2011. But that’s when Jung struck with Eddie Bravo’s “Twister,” a painful maneuver that had never finished a fight in the UFC – well, up until Garcia’s tap out at 4:59 of the second round. It was a beautifully executed move, and a historic one.

After taking an inadvertent low blow and almost getting choked out by Frank Trigg in their UFC 52 rematch, Matt Hughes not only broke free from the hold, but he picked Trigg up, carried him across the Octagon, and slammed him before sinking in a fight-ending rear naked choke. This wasn’t just one of the greatest submissions ever; it was one of the best fights in UFC history.

3 - Anderson Silva vs Chael Sonnen I

Great champions aren’t defined by their dominance, but how they react to adversity. Anderson Silva got nearly five rounds worth of punishment from trash-talking Chael Sonnen, but just when it appeared that the UFC middleweight champion’s title was slipping away, he pulled off a final-round submission of Sonnen that forever etched his name in the record books as one of the sport’s best ever.

History is nice, and Demetrious Johnson did set the UFC record for most successful title defenses with his win over Ray Borg at UFC 216, but this could have been the first prelim on UFC FIGHT PASS and DJ would have locked up the best submission of 2017 award with a move that will go down as one of the best of any year. How good was this? Try suplex to armbar in one fluid motion, requiring several replays to fathom that this was actually real and not a figment of our imagination.

1 – Royce Gracie vs Ken Shamrock I

When Royce Gracie submitted Art Jimmerson in the first UFC tournament in 1993, observers were confused. When the skinny gi-wearing Brazilian did the same thing to the imposing Ken Shamrock, this time by rear-naked choke in just under a minute, a sport was born, and suddenly every martial artist wanted to learn jiu-jitsu. This is where it all began.