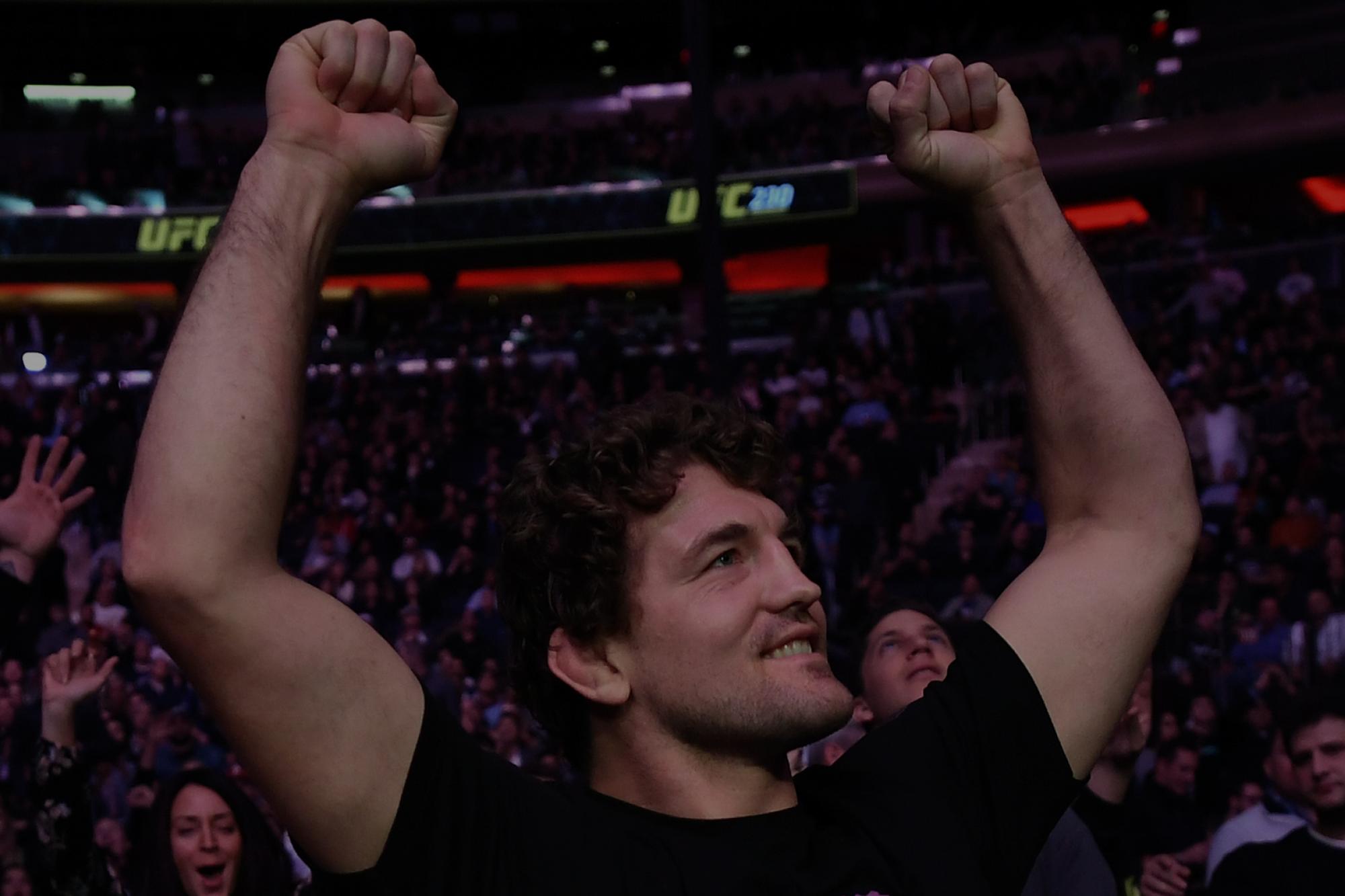 UFC: A lot of people haven’t seen you fight. For those people, how would you describe a Ben Askren fight?

Ben Askren: I have a very wrestling-heavy base. I came from wrestling, wrestled my whole life. I was two-time NCAA champion, two-time Hodge winner, Olympian, and so obviously I stick to what I’m best at. And over the course of my fighting career, I’ve obviously gotten better at everything else, but I still rely on my wrestling, so I think what you’re seeing in 2019, which is the first time I’ll fight, is a very polished, high-level mixed martial artist with a great wrestling base.

UFC: Speaking to that wrestling base, you were on the 2008 United States Olympic wrestling team with (Daniel Cormier) and (Henry Cejudo), do you talk to them? What advice have they given you about transitioning to the UFC?

BA: I talk to Henry every once in a while. I talk to Daniel fairly frequently. We’ve kept in touch, and they’re both excited for me. I think they know what kind of competitor I am, and just to make a United States freestyle Olympic team, there’s a million kids that wrestle in America, and every four years, seven of them get picked to represent the United States. It’s a very, very, very elite club. And success is a scale. Competing is a scale, and obviously there’s a lot of reasons why those guys had success mixed martial arts. Not just the wrestling background. Beyond that. And so I think they realize that I have those same intangibles that they possess, and I think they’re both excited to see me in the Octagon.

UFC: You see a lot of guys with wrestling backgrounds having a lot of success in the UFC. Do you think it’s the best base to work off of in mixed martial arts?

BA: People with wrestling obviously have great success, and like I said, with Daniel and Henry, they’re at the highest of levels, but there’s a lot of advantages wrestling gives you from a young age. The fact that we comepete all the time, I mean kdis are just getting used to that competition. You have to learn how to compete, you have to learn how to perform in front of an audience whether it’s a high school state finals or there’s 15,000 watching or NCAA Finals, you learn how to wrestle in front of a large crowd, which maybe in jiu-jitsu or kickboxing or whatever, they don’t always do it as kids. We’re making weight all the time, from the time we’re little, so we understand making weight, and we understand how to work hard. I mean, with a lot of other martial arts, they’re not so systemized whereas with wrestling, from being a high school wrestling team to a college team, there’s very high level of expectations for you, and there’s discipline if you don’t meet those expectations, and so you learn how to have a very disciplined training environment, and a lot of that crosses over when you get older. MMA, they have camps, and they have teams, but essentially, you’re your own individual.  You’re on your own by the time you’re an adult and you’re making money, and no one can really tell you what to do, and a lot of wrestlers, they just understand how to work hard because that’s what they’ve been doing their whole lives. So they get in there, and whether it’s training kickboxing or training boxing or training jiu-jitsu, they work really hard at it, so they develop a proficiency, but it’s because they’ve built that work ethic from ages six on up.

UFC: For you, going from ONE to UFC, it’s going to be a step up in competition. What about that excites you? What are you most excited about when you step into the Octagon in the UFC?

UFC: You have a good record, but people say you haven’t fought anybody challenging. Do you hear any of that? Or are you just focused on being here in the UFC?

UFC: Talking about how you got (to the UFC), do you think that trade opens up the opportunity for other promotions and more trades to happen?

BA: I mean, prior to my trade happening, I didn’t know that was a thing. They (ONE) called me and said, “Are you OK with this?” I said, “Wait, like, can that happen? Is that legal? Is that a thing?” And sure enough, it happened, and so I do think everyone, I mean the amount of excitement that was around it was crazy because no one had ever done it before. No one knew to expect it, and that’s what people enjoy. People enjoy having a twist in it, having something they’re not expecting. When they see the same thing over and over and over again, it can get kind of boring to them, so I think there will be trades. And the interesting thing is, mixed martial arts is all about matchups. And sometimes, you want to see how this guy matches up with this guy, and so I’m sure there’s going to be a point in which organizations find themselves in need of someone to challenge someone at a certain weight, and maybe they have an excess of really good light heavyweights or whatever it is. I think it’ll become — anything is more normal since this has only happened once — but slightly more normal. I don’t know if we’ll see it every other week, but probably once in a while.