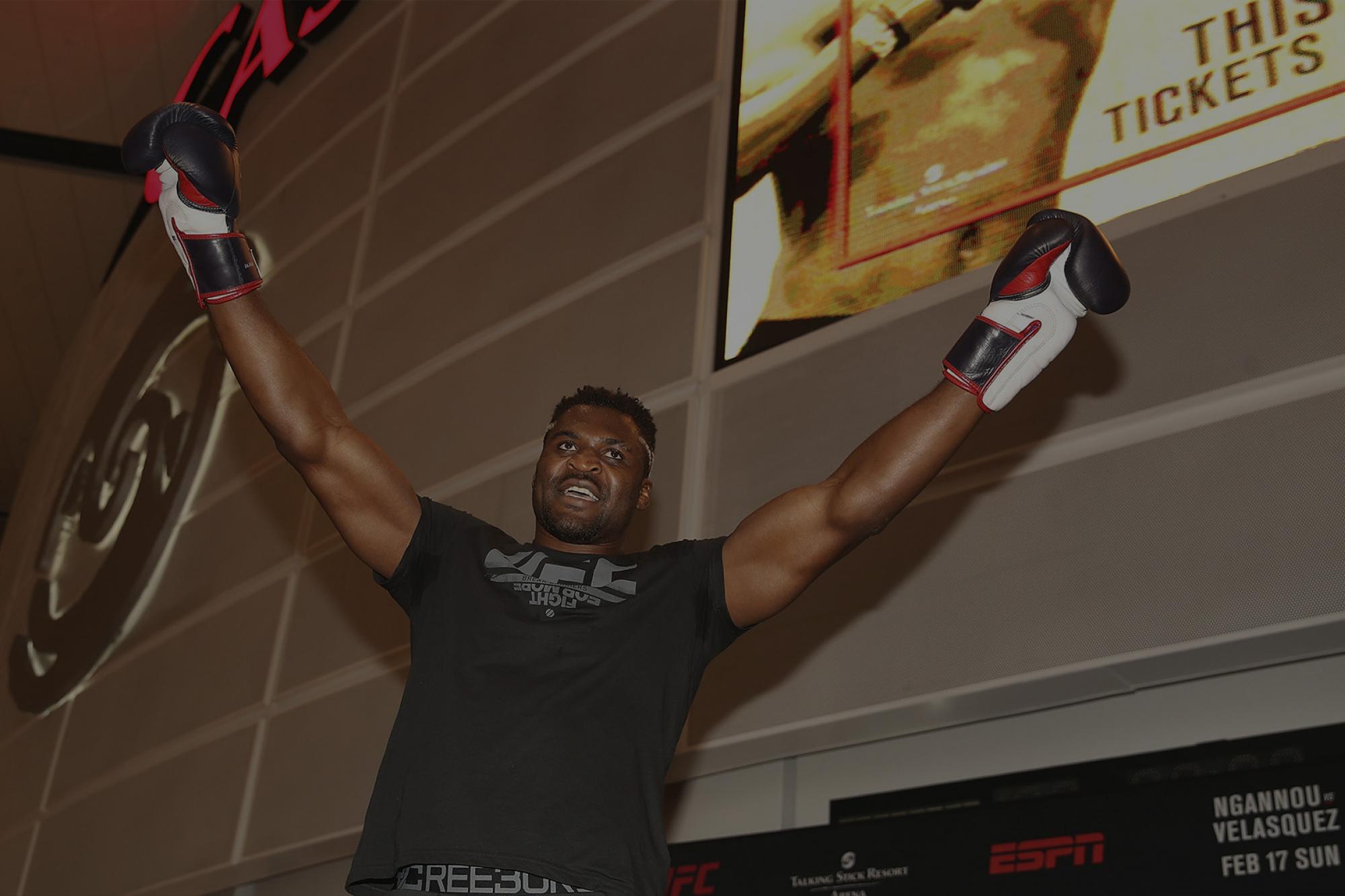 Francis Ngannou kicked things off, displaying his power on the pads. One fan yelled, “Show us the uppercut, Francis,” referencing his legendary knockout of Allistair Overeem.

Although there were no knockout punches thrown, Ngannou showed off exactly what makes him such an impressive opponent for any heavyweight that stares at him across the Octagon.

Afterward, he was complimentary of his opponent, Cain Velasquez, calling him one of the best heavyweights of all-time. Ngannou also spoke about how he was able to bounce back after two straight losses to finish Curtis Blaydes in the first round at Fight Night Beijing.

“That was very important for me because after those two losses, you can’t just walk around and tell people that you’re okay,” Ngannou said.

Looking to bounce back from an off-kilter 2018, Paul Felder reminded people he’s more than just an analyst.

“This is my passion,” Felder said to the crowd afterward. “This is what I do.”

Felder then brought up a special guest via FaceTime, his daughter. Naturally, when he asked her what was going to happen on Sunday, she gleefully told the Phoenix fans her dad was going to win.

His opponent, James Vick, followed Felder and hit pads for a few minutes before answering questions from the crowd.

Naturally, somebody asked for Vick’s prediction for his own fight, and even more naturally, Vick’s answer was: “I’m going to win.” He did give Felder credit, saying he would be tough to finish, but if the fight went to the judges, Vick was still confident he would be favored on the scorecards.

Finally, Cain Velasquez took the stage to a loud ovation. The former Arizona State All-America wrestler makes his first walk to the Octagon since 2016, and doing so in front of a familiar crowd makes it all the more sweeter. Once his workout was finished, Velasquez spoke to the crowd, calling Arizona his “home state.”

The crowd cheered loudly for the former champ, waving shirts with his face on them and wearing the Mexican flag on their backs. Phoenix seems ready to see Velasquez make the walk to the Octagon once again.

“It’s the perfect time for me to come back,” Velasquez said.