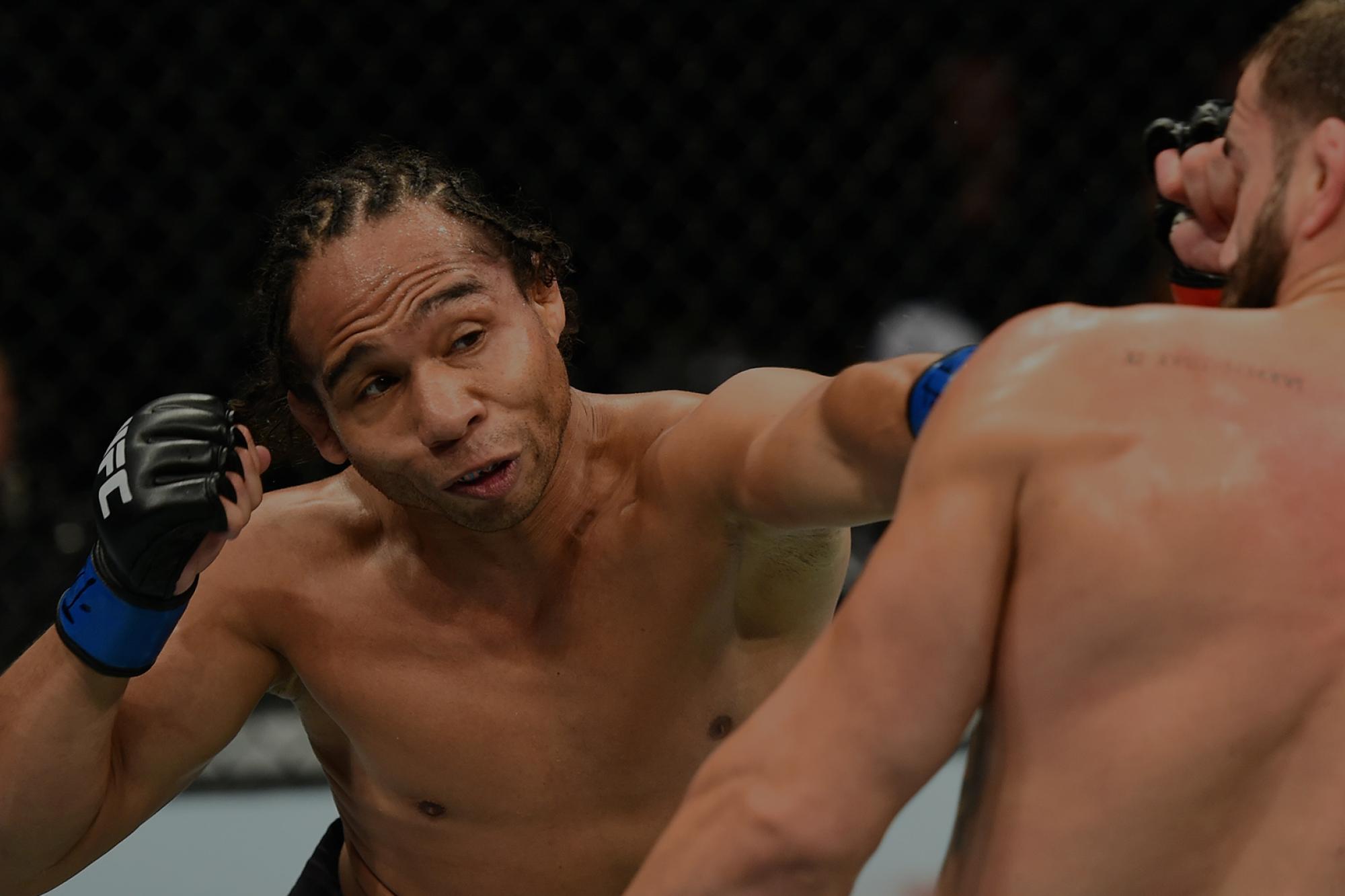 In his last five fights, he’s faced four top 10-ranked opponents and a former WEC bantamweight champion but he’s also struggled to find his footing while bouncing back and forth between wins and losses. 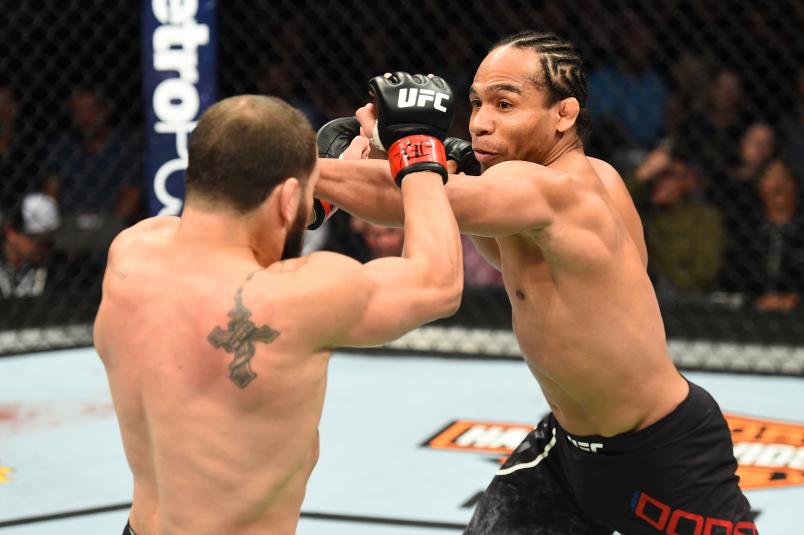 Now two of those defeats came by way of razor-close split decisions to John Lineker and Marlon Moraes in fights that Dodson still believes deep down inside that he deserved to win.

He will make no such argument for his last fight against Jimmie Rivera, where the former Ultimate Fighter winner can only point the finger at the man in the mirror when it comes to his abysmal outing last September at UFC 228.

“I went into that one with way too many emotions,” Dodson revealed. “I wanted to win the fight, knock him out, do all this fancy stuff. For some odd reason, I just wasn’t able to pull the trigger and go ahead and do it.”

Best known for his blinding speed and deceptive power, Dodson fell prey to his desire to go hunting for the knockout and instead failed to land any significant punches to really hurt Rivera over three rounds.

As soon as the fight was finished, Dodson knew exactly what went wrong and he was forced to sit with that for a few days before allowing himself to move forward.

“I sat there and dwelled on it for maybe two days and I realized what I did wrong,” Dodson revealed. “I went back to my films and all the other fights that I’ve had myself and saw that I did evolve but then I regressed because of emotion. 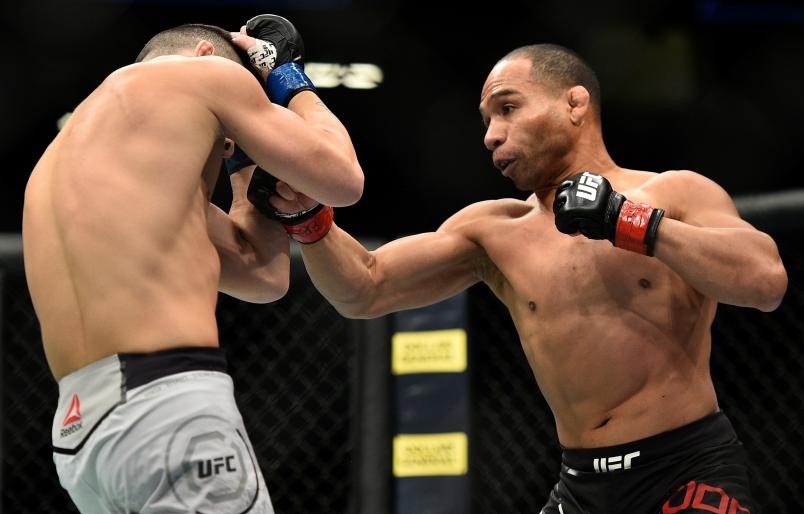 “If you do [have that emotion], you’re going to lose every single one of the fights. It would be the same kind of reoccurring thing. I can’t be looking to knock people’s heads off and then not be able to perform the way I want to do. Instead of looking for that one big shot, I need to go ahead and create the opportunities by throwing punches in bunches and just getting back to having that speed.”

Coming out of the loss against Rivera last year, Dodson was anxious to prove himself with his next fight when the call came in with an offer to face fast rising prospect Petr Yan in Prague.
The 26-year old Russian has been touted as one of the best young up and comers on the entire UFC roster while rattling off three straight wins inside the Octagon, including two TKO stoppages.

As much hype as there is surrounding Yan, he’s still largely unproven against top notch competition even though he just recently entered the top 15 rankings following his latest win.

Meanwhile, Dodson’s resume reads like a who’s who list of the best bantamweight and flyweight fighters in the world, so facing a dangerous prospect like Yan comes with a lot of risk and perhaps not as much reward.

That’s not the way Dodson is looking at this matchup, though, because as disappointed as he was with his last performance, he looks at this fight against Yan as a line in the sand to prove he can still hang with the top bantamweight fighters in the world.

“He doesn’t have a big number next to his name and the UFC is just trying to see what they’re going to do with me next. I’m going to sit there and remind them why I deserve to be here. I’m going to go out there and crush him every step of the way,” Dodson said.

“I messed up in my last fight. My last fight against Jimmie Rivera, that was my own doing, so they’re going to see if I’ve still got what it takes to knock somebody down again. I didn’t know there was hype around this guy. I just know he’s my next opponent and I have to lay my fist into his face.” 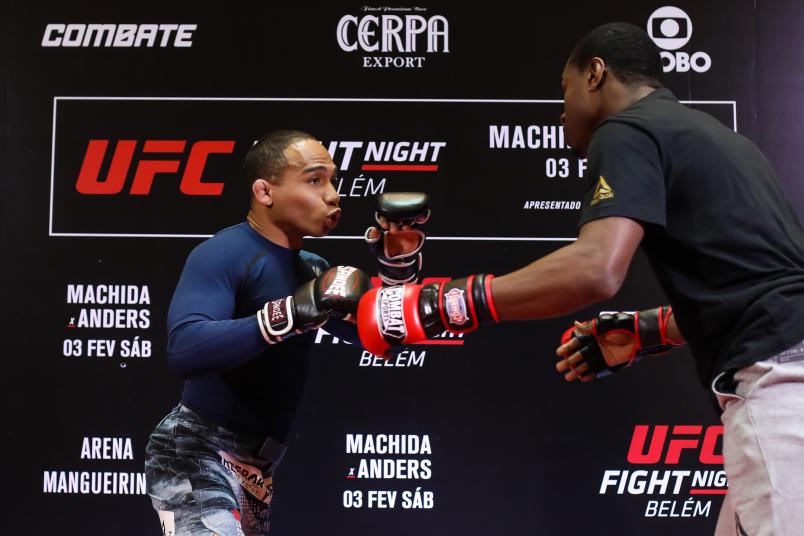 Dodson has been impressed by what he’s seen out of Yan so far, although he’s quick to point out that the 11-1 Russian wrecking machine hasn’t faced the same level of competition in his career just yet.

“He’s a high-volume fighter, he wants to push the pace. It’s going to be a fun night for us,” Dodson said. “He likes to move in and out and throw his little punches. When it comes time to get taken down, he gets taken down and then he works his way back up. I just know it’s going to be a good scrap.

“It is a big step for him to go from somebody as slow as Douglas [Silva de Andrade] and then go in there and fight somebody like me. We are different speeds. I’m going to be moving in and out and I’m going to coming at different angles and he’s going to throw his punches and we’re going to see if he can escape when I start throwing mine.”

On the surface, the narrative going into this fight is Yan’s attempt to tackle a top 10 opponent to prove he can be a future title contender.

Dodson has a much different idea about what this fight means to him because he’s never going to be anybody’s stepping stone and he plans on making an example out of Yan to prove he’s still one of the best in the world at 135 pounds.

“Once I crush him, they’ll start remembering my name again,” Dodson promised. “If there’s all this hype surrounding this guy and seeing how he does, then all it means is I get more credibility added to my name by proving I still don’t take easy fights. I don’t care who I fight, I just want to fight. That’s the motto I live by.”